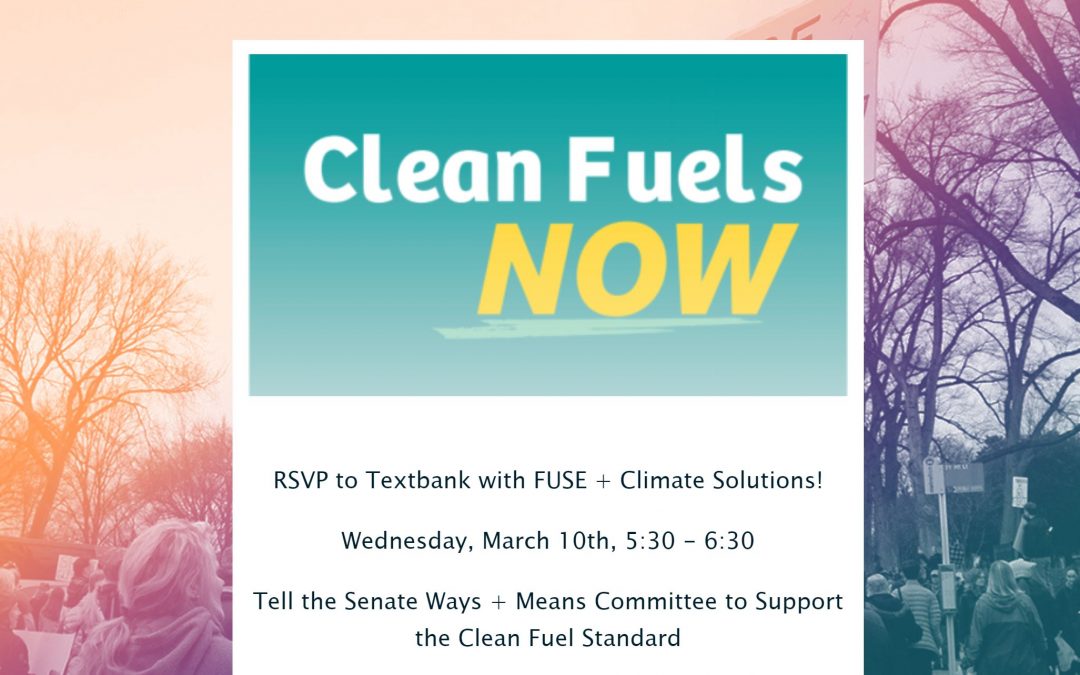 Fuse has partnered with Climate Solutions to text bank folks in several key districts, including the 29th LD. We will text folks and ask them to reach out to their senators.

The next text bank will be Wednesday, March 17th at the same time. Here is the link for folks who would like to join the text bank for Wed, March 10th:

The Clean Fuels Bill (HB 1091) passed the House and now is in the Senate Environmental, Energy, and Technology Committee, which is scheduled to hold a hearing on the legislation on March 10.

The bill, proposed by Washington Gov. Jay Inslee, would require the Washington Department of Ecology to adopt rules to implement a CFS by 2023.

Eligible biofuels, renewable natural gas (RNG), hydrogen, and agricultural and forest waste are among the fuels that could be used to comply with reduce Washington’s GHG emission y 2.7 million metric tons per year by 2030.

Additional information is available on the Washington Legislature website.