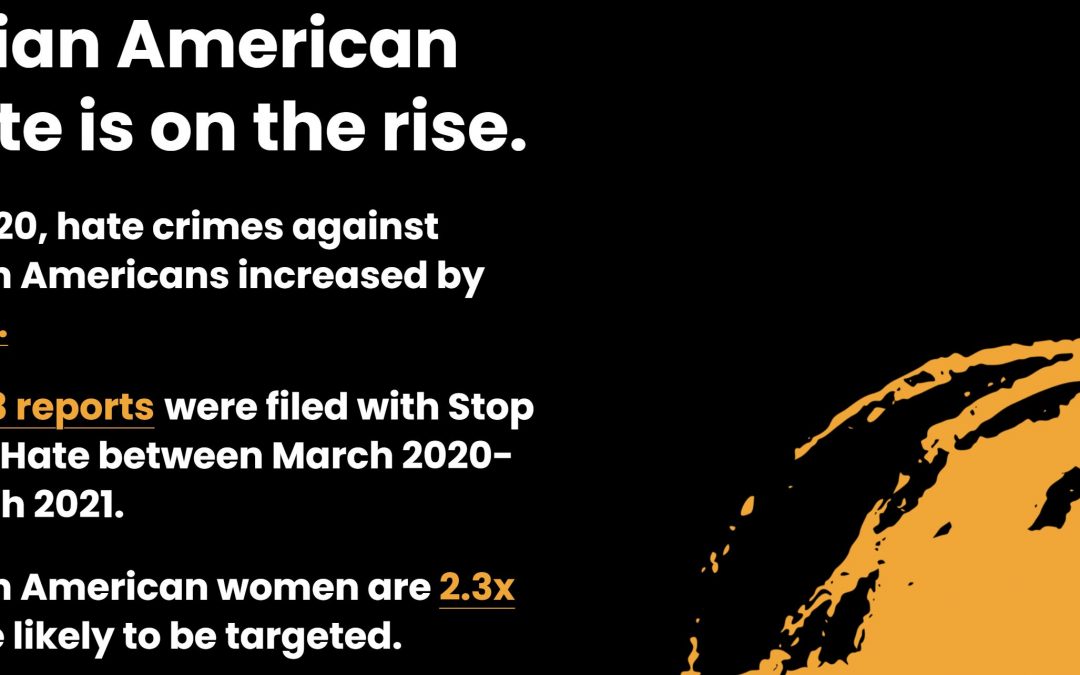 Join Indivisible and other community members in supporting the AAPI Coalition.
https://tacomaaapi.org

1. ASIAN AMERICAN AND PACIFIC ISLANDER HERITAGE MONTH TAKES PLACE IN MAY TO MARK THE ARRIVAL OF THE FIRST JAPANESE IMMIGRANT TO THE UNITED STATES …
The earliest known Asian immigrants arrived in what’s now the United States in 1587. They sailed from the Philippines (then the Spanish East Indies) to California’s coast. Later, Filipino sailors settled just outside New Orleans, Louisiana, in the 18th century, creating what’s believed to be the oldest Asian American settlement in the U.S. But immigration from Asia to the U.S. didn’t really pick up steam until the 1800s.
For the first half of the 19th century, Japan remained isolated from much of the world. That began to change on May 7, 1843, the day that a 14-year-old fisherman named Manjiro stepped off a whaling ship and onto U.S. soil, becoming the first Japanese person to immigrate to the country. He had previously spent five months stranded on an island with his crew after a terrible storm sent their fishing vessel off course. When an American whaling ship visited the island to collect some sea turtles, its captain, William Whitfield, invited Manjiro aboard. Whitfield later brought Manjiro home to Massachusetts, where he lived for a while before returning to Japan in 1852 as an adult.
2. … AND THE COMPLETION OF THE TRANSCONTINENTAL RAILROAD.
The completion of the United States’s transcontinental railroad on May 10, 1869 connected the nation in a way that would forever change its fortunes. But this dream of cross-country travel would have never been realized without the effort of Chinese laborers, who were paid meager sums to work six days a week on the railroad’s construction from 1864 to 1869. It’s said that anywhere from 10,000 to 20,000 Chinese immigrants contributed to the project by laying down tracks and blasting tunnels from Sacramento, California, to Promontory, Utah, where the Union Pacific met the Central Pacific Railroad. The hazards of the job, including tunneling explosions, avalanches, and rock slides, led to the deaths of hundreds, if not thousands, of Chinese workers.
3. THE ROAD TO AAPI HERITAGE MONTH BEGAN WITH AAPI HERITAGE WEEK, SIGNED INTO LAW BY PRESIDENT JIMMY CARTER.
On October 5, 1978, Carter signed House Joint Resolution 1007 that called for a week to celebrate Asian/Pacific American Heritage to begin the following May. The resolution “[called] upon the people of the United States, especially the educational community, to observe such week with appropriate ceremonies and activities.” It wasn’t until 1990that Congress passed a law that mandated it last for the entire month. Finally, in 1992, Congress specified it was to be every May.
4. AMERICA’S BICENTENNIAL CELEBRATIONS LED ONE FORMER CAPITOL HILL STAFFER TO PUSH FOR AN AAPI HERITAGE MONTH.
In the 1970s, a former Capitol Hill staffer named Jeanie Jew approached Rep. Frank J. Horton, a New York Republican, and proposed establishing an AAPI heritage month. Jew—whose ancestor, M.Y. Lee, was a Chinese immigrant worker on the transcontinental railroad—believed that the country’s Bicentennial celebrations had not adequately celebrated the contributions of Asian and Pacific Americans. Jew’s forbear became a businessman who was killed in what Horton would later call “a time of anti-Chinese and anti-Asian sentiments.”
In 1977, there were several resolutions introduced with the goal of honoring AAPI in May, including one put forth by Senator Daniel Ken Inouye of Hawaii; none passed. Then, in 1978, Horton and Democratic Rep. Norman Mineta of California co-sponsored a bill to designate “Asian/Pacific American Heritage Week” in May, which was signed by President Carter. It wasn’t until 1992 that Horton was able to introduce legislation, which President George H.W. Bush signed into law, making May of each year AAPI Heritage Month. The act stated that “Asian and Pacific Americans have contributed significantly to the development of the arts, sciences, government, military, commerce, and education in the United States.”
5. THE ASIAN PACIFIC AMERICAN HERITAGE FESTIVAL TAKES PLACE EACH YEAR DURING AAPI HERITAGE MONTH.
For 42 years, the Coalition of Asian Pacific Americans has hosted a festival in celebration of AAPI Heritage Month. In a typical year, the event, which takes place in New York City’s Chinatown, includes food, art, and musical performances highlighting AAPI culture in its many forms. Throughout May 2021, the Coalition of Asian Pacific Americans will be hosting virtual events through EventHub.
6. PBS IS HIGHLIGHTING AAPI STORIES THIS MONTH THROUGH NEW PROGRAMS THAT YOU CAN STREAM FOR FREE.
Among the 10 new PBS programs premiering during AAPI Heritage Month include Amy Tan: Unintended Memoir, about the life and literary career of The Joy Luck Club author; and The Donut King, about how Cambodian refugee Ted Ngoy created his ultra-successful doughnut business on the West Coast. You can see the full schedule here. Also available to watch online is Asian Americans, PBS’s five-part docuseries that gives an overview of America’s Asian communities from the first immigrants in the 19th century right up to today.