Redistricting: Speak Up Now Before Tuesday 10/5 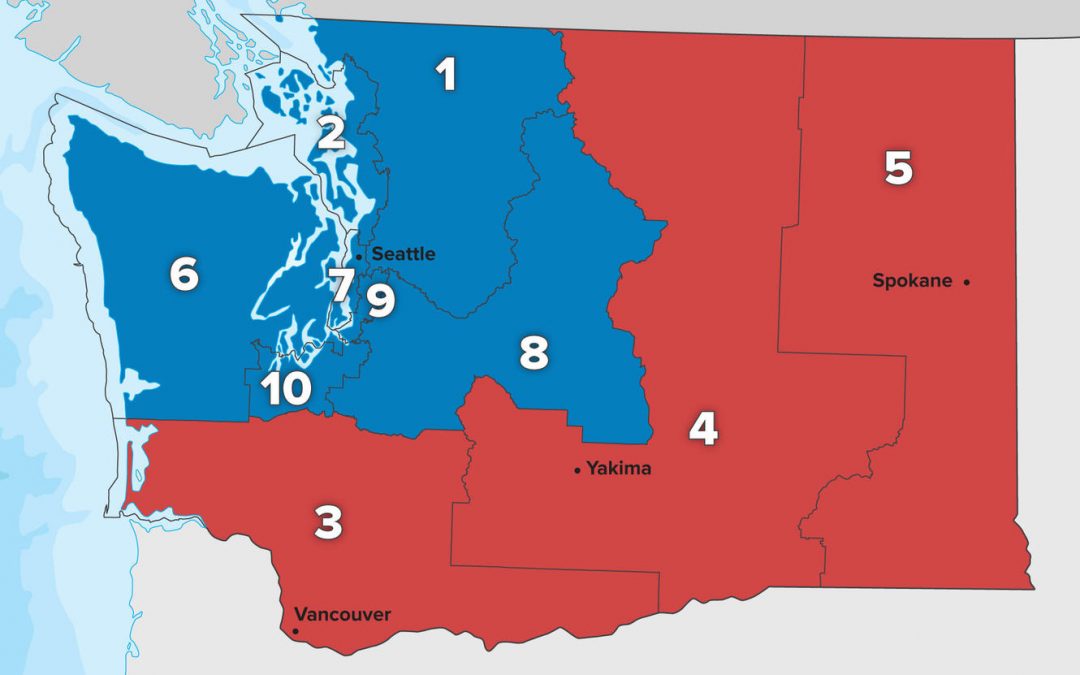 Comments are needed on the  public record in support of the maps by House Member April Sims and Senator Brady Walkinshaw.  We suggest you identify yourself as a voter, a veteran, or a representative of particular community or organization – not a Democrat.  PLEASE ACT right away and get your written comments in here:
https://www.redistricting.wa.gov/participate/describe   (Written comments)
Verbal comments can be made on Oct 5th 7PM for LD maps and October 9th for CD maps: https://www.redistricting.wa.gov/submit-public-testimony   (Audio or video comments allowed). Registration link for the Oct. 5 virtual public outreach meeting:
https://www.redistricting.wa.gov/outreach-meetings
Registration link for the Oct 9 virtual public outreach meeting:
https://www.redistricting.wa.gov/outreach-meetings
Watch the first part of the WA Dems Redistricting Training video – how to shape and present your testimony.  Say your name, some identities, and make one-two clear points, then make an ASK: to support Sims or Walkinshaw map.
https://drive.google.com/file/d/1XXFnjF4ZqHCBZhk1G_6yTfATO8yGMI0d/view
MAPS:   Here are the WA State Proposed Legislative Redistricting Maps by Commissioners April Sims (D), Paul Graves (R), Brady Pinero Walkinshaw (D), and Joe Fain (R)
https://www.redistricting.wa.gov/commissioner-proposed-maps
Here are the Redistricting Criteria:  RCW 44.05.090: Redistricting plan. (wa.gov)
Key Example of Talking points for LD28 (will be different for other LDs):
*Tacoma policies affect nearly by urban/suburban municipalities greatly (LNG, toxic superfunds, NW Detention Center, policing issues, homelessness, etc.).  Having West Tacoma citizens in LD28 allows for connectivity and input into Tacoma elections and decision-makers.
*LD28 should keep the West Tacoma portion in our community because the arterial road from Jackson changing into Bridgeport Way is the backbone of our district and waterways and ravines separate us from downtown Tacoma, South Tacoma and East Tacoma.  West Tacoma belongs with LD 28 is our community.
*We are suburban communities and we have nothing in common with rural communities to the south and east of us.  LD28 already represents a number of contiguous and underrepresented communities of interest.
*LD28 is already a purple (competitive) district.  It has a history of mixing Rs and Ds.  Only in 2020 for the first time ever, did we elect a black woman to the WA State Senate with a very slim majority.  We are proud that we have contributed to the diversity of the Senate by electing a person from an underrepresented group, won with 50.61% of the votes compared to her opponent receiving 49.19% of the votes.  We do not want to lose this important representation.
To learn more, listen here:
https://www.crossingdivision.com/2021/09/16/lets-talk-about-redistricting-part-1-the-basics-with-phil-gardner-and-marty-campbell-sept-15-2021/
Phil Gardner, COS for Lt Governor Denny Heck, and Pierce County Council Member Marty Campbell sit down with host Evelyn Lopez to discuss the redistricting process.