Help hold Boeing accountable for their donations to Congress Members who voted to overturn the 2020 election. 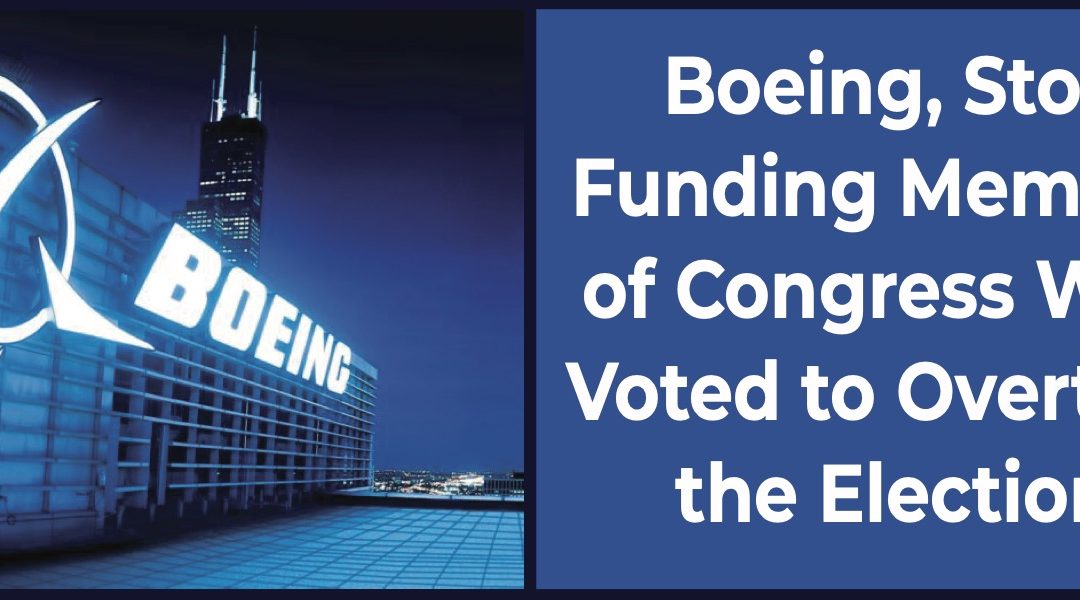 After the 2021 insurrection, top companies were quick to withdraw their support from the 147 members of Congress who denied the results of the 2020 election. Now in 2021, Boeing has donated $190,000 to 61 Congresspeople who voted against Joe Biden’s Presidency. Boeing’s tacit endorsement of this act of sedition cannot be ignored.

Seattle Supports Democracy and Fix Democracy First have organized to compel Boeing to rescind their campaign contributions to the Members of Congress who voted against democracy.  Campaign organizers in Seattle and Chicago, the city where Boeing corporate headquarters are now located, will be sending letters to members of the Boeing board of directors asking them to take this action.

“We demand that Boeing immediately stop donating to the campaigns of seditionist Members of Congress, and that the funds donated thus far be permanently withdrawn.”

Add your signature to the petition at: https://actionnetwork.org/petitions/boeing-support-our-fundamental-democratic-values/

Write your own letters and send copies to news outlets, so more people will take action.