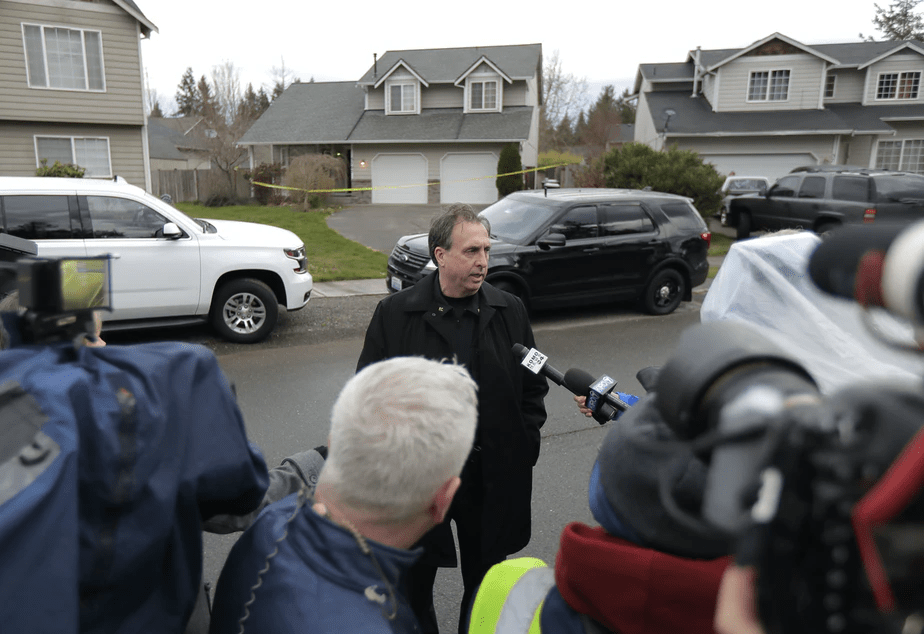 The Resolution below will be shared with public officials, media, and our allies who are planning actions. Members should express their support for Troyer’s resignation by calling and writing to officials, media (letters to the editor,) and fellow Pierce County residents.

WHEREAS, National Indivisible and Indivisible Tacoma stand for law enforcement to be held accountable for abusive practices; and

WHEREAS, in January of 2021, Sedrick Altheimer, a Black man working a newspaper delivery route in Tacoma, was subject to racist and classist profiling from Pierce County Sheriff Ed Troyer who believed he looked suspicious despite a lack of evidence and who then made false statements about the incident which he later admitted; and

WHEREAS, more than 40 officers responded to Sheriff Troyer’s 911 call despite Sedrick Altheimer doing nothing but his delivery job, creating a risk of escalation and death; and

WHEREAS, just as he has been with his handling of the death of Manuel Ellis, Sheriff Troyer has been inconsistent and untruthful in statements to the media since the event took place, and has also shown through his actions that he is incapable of treating members of the community with impartiality; and

WHEREAS, in the spirit of holding police accountable for abusive practices and demanding courageous conversations in our communities as expressed in core Indivisible principles.

THEREFORE BE IT RESOLVED that Indivisible Tacoma demands the resignation of Pierce County Sheriff Ed Troyer, effective immediately; and

THEREFORE BE IT RESOLVED that, if Ed Troyer refuses to step down from his position, Indivisible Tacoma will pursue a variety of methods to support investigations of him, oversight of him, and other actions to remove him from office, including a certification review hearing by the Washington State Criminal Justice Training Commission; and

THEREFORE BE IT FINALLY RESOLVED that Indivisible Tacoma will continue to demand accountability and reform of law enforcement in Tacoma and around Pierce County, even when it results in politically uncomfortable conversations, and will support elected officials who take steps to bring justice.